Out of the Palms

Ilya Dolgov
First published in the Moscow Art Magazine, 2016.
Illustrations by the author
Translated from Russian by Lisa Biletska.

You are attempting to return to us, in the form of a discovery, that which has always been with us and which is with us still. Good sense requires asking, what is it that you give to us, then?

A farsighted ruler takes the people’s wealth and then partially returns it, as benefactions: hospitals, schools, and a beautiful army. This magnanimously returned wealth—is it the same as it was in the beginning? Or does its stench testify to irreversible damage, a seduction by evil? Is it only foresight that distinguishes this ruler from a pirate, who takes everything despite fearing the gallows?

Theoreticians, you promise to give anthropocentrism a good thrashing and to return to us the right to believe that we are not alone in the universe.

And we are happy to hear your words, for they coincide with the movements of our receptive hearts.

No, we cannot be so naive. The lust for power reeks, we know this smell.

Everything reproached me, for in the heat of the happiest days, I gave shelter to the brooding birds of nighttime; where I thought I had scared them away forever. 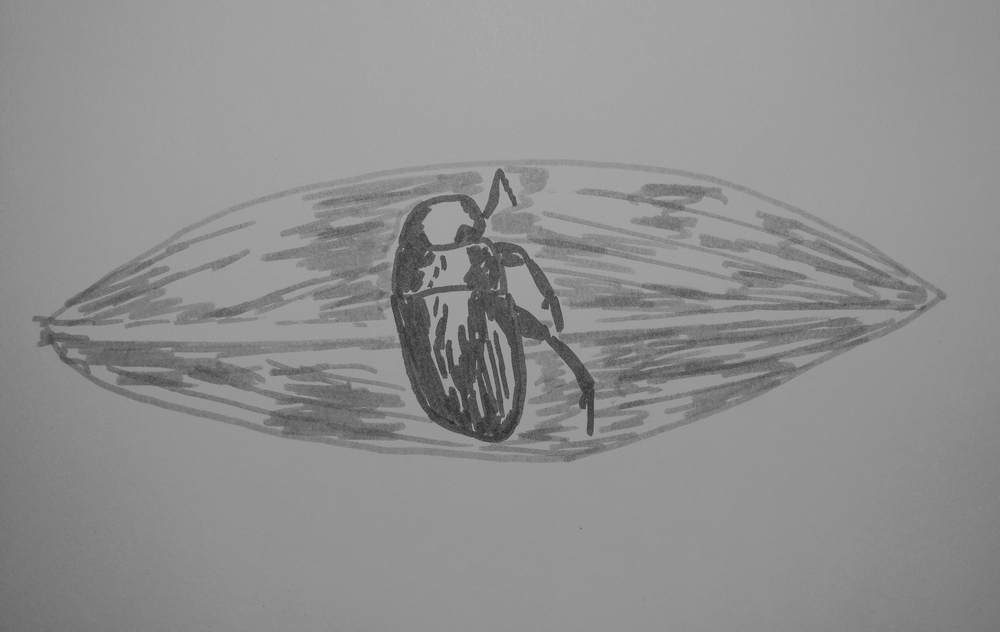 To avoid a curse, one must know its signs.

1. Equalizing lists. “Bacteria, people, cows, radiation, red dwarfs, blockchains.” This enumeration means to indicate the all-encompassing inhabitation of the universe by entities of the most diverse types and sizes, equal in their meaning and ability to participate.

Yet we know what happens to those who make it onto human lists. Animals and ores once found themselves on it, got turned into humans, and were boiled down to the anthropocene. This kind of list denies its itemized inhabitants the right to be something (or nothing); it is a cancellation of world and life in favor of the pleasures of the prefrontal cortex and impending subjugation.

2. Scales. When someone relates their statements to the planet—and more so to the universe—they are shamelessly lying. A unified space, common ground—this is the dirty dream of a colonial administrator.

3. Radiation. If, in theorizing nature, radiation (or the like) is being resorted to: there he is, the plainclothes policeman! Unapproachable except through corporate procedures, wonderfully all-penetrating, seductively ominous: this is, in fact, what the list-makers desire.

How would an honest philosopher speak?

For example: my research shows that black star A is no more than a laboratory construct. Black star B, unattainable, hummed in my dreams as a self-possible bewitching object. Upon close contact, black star C opened its eyes, opened its little mouth, started singing mariners’ songs.

For example: in forest D there’s lots and lots of nature. In forest E there is no nature, only ecology.

Professionals will point out that this is already, by definition, not philosophy.

Correct. As soon as we wholeheartedly understand, feel, think that the world around us exists, that it is inhabited not-by-us, that we can be among all of this, as soon as we try to diligently think and speak of this, all academic theory ends.

Let us wish our philosophers constant employment and all of us the wisdom to know when to shut up.

Let us busy ourselves with ourselves and our old-new friends.

Bird flight can be understood as an imitation of the turning of the starry sky. Birds don’t use stars to orient themselves; as ornithologists say, they participate in astronomy more directly, they are the stars themselves. The flock’s formation is a mimesis of constellations.

How did people end up in this place? Why has our world so suddenly and sadly grown small, become so very tiny?

But it is quite possible to jot down ideas about one’s self and one’s practice. A practice that will place me, a human, among the rest; will allow us to be together, in one way or another, or another, or another. In a place like that, anything could happen (or whatever), whatever it is that draws one in.

God didn’t give the human species any distinguishing abilities, instead: uncomfortable bodies, a pointlessly bloated brain, inner emptiness, and a tendency towards imitation.

There is indeed no essence to me, a person. From this comes my/our hunger to fill our souls through imitating others (who do or do not have essences).

Where did all of this come from? 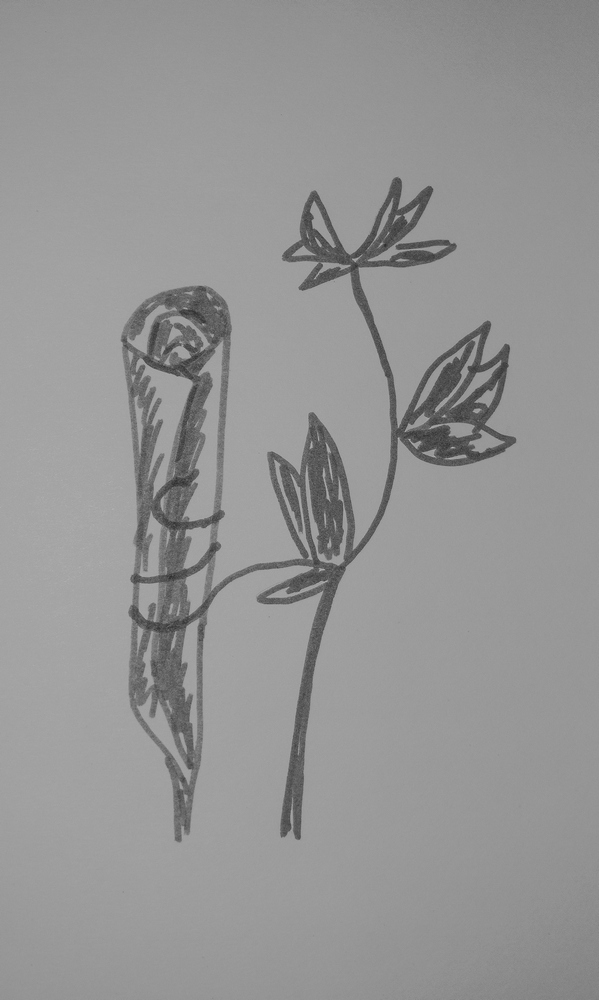 A barely perceptible moment in which we can influence ourselves arises when we are choosing what to desire; what to imitate; what to commix with; where to tear apart our thoughts, skin, eyes; how to gift our mortality.

The human population as a whole is trying to become a microbial mat; the more it goes on, the more it desires it: this is why we now find ourselves in this form and place.

Mirages of planets and cosmic space; unassailable, endlessly mutating capitalism; our waterlike effluence across the planet; the collapse of the future and past; the crazed combinatorics of systems, big data, mathematical morphology, contemporary philosophy. You bet!

If we wanted to understand how bacteria, archaea, and the other true owners of our planet live, we’ve done it. In the way that humans can—by learning from the prokaryote world, by becoming it, giving ourselves over to it, each time anew, every which way, again and again establishing something that would provoke our own bewilderment: how could this have happened?

Thank you, what’s next?

Wouldn’t we, instead of all this, like to imitate our elder wasp-waisted hymenopteran sisters? To warm up in the heat of their sage, five-eyed light?

Can’t we get closer to the swans that come spring sit by the island in the first open water? Swans know how to be stars; our abilities will suffice to become swan feathers.

The machines that awakened our population to life and are now gently playing around with us… maybe it’s come time to put ourselves at their disposal?

It is only my old intention, still in effect: to study nature—inner and outer—and by way of loving imitation to allow it to act on and govern us.

What can I offer instead?

To diligently do what we, “human” animals, know and love: to imitate.

Something else, always something else. Always in other relations, weaknesses, possibilities.

Every stone is ready to say whether it has consciousness or not; whether a question applies to it, or it needs a different question; or maybe it just wants to cause you pain; or there’s nothing between you at all, you need to move on.

There is no need to rush. There are innumerable ways to give up power and learn. One can dedicate a life to anyone. All deserve a story. Somewhere at the end, the hymenopteran sisters await us.

Last year I gave my eyes to mysids, cast by a winter gale into a puddle onshore. The next year I belong to a dead red-skinned seal in an enthralling relationship with a granite bluff.

I want thousands of others to imitate whatever will tell them to do so, too. Let these be just lives, just activities. Let the human tissue crumble into a billion manymouthed kin, each with its own theory, each constantly betraying itself in favor of a new totem.

Nobody wanders out of the palm trees unscathed. 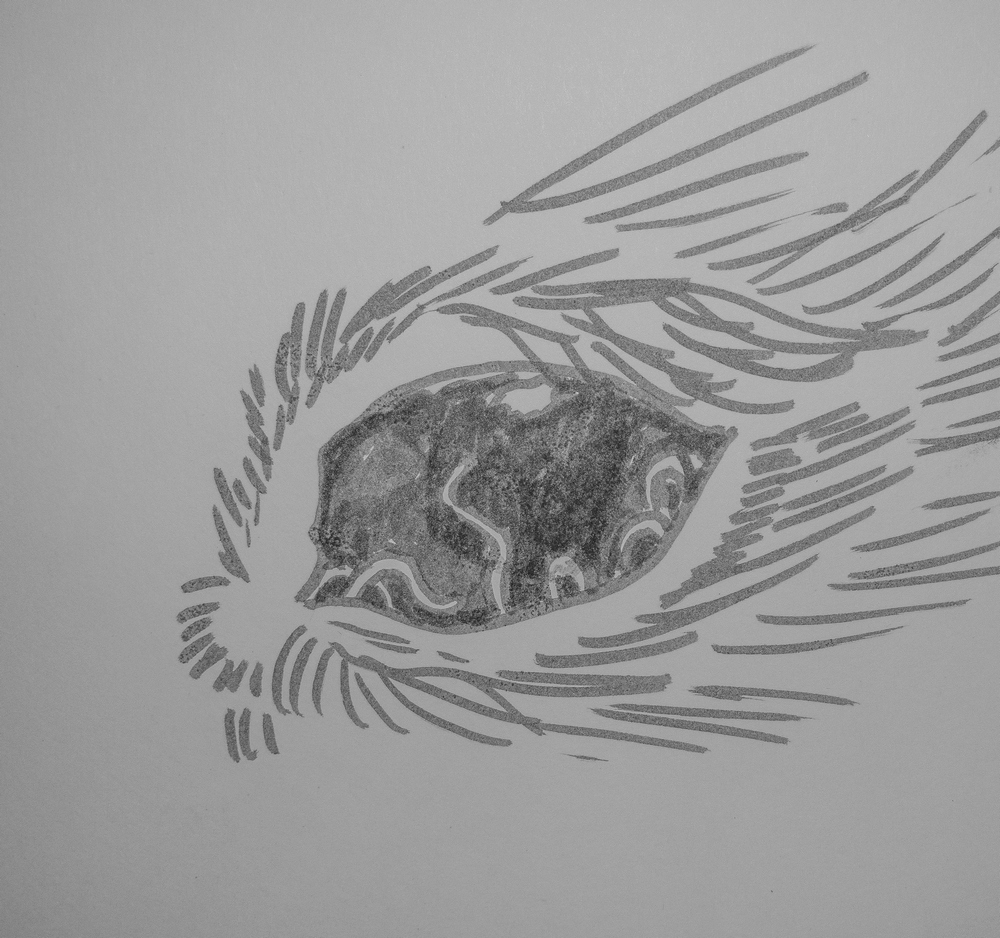